In a group study session for the Chinese Communist Party’s Politburo which took place at the end of May, Xi Jinping proclaimed that China needed to revamp its image as ‘credible, lovable, and respectable’ and to ‘expand (its) circle of friends’. These quotes alone certainly do not accurately reflect China’s new foreign policy approach, but they strongly hint of a shift away from its Wolf Warrior-style diplomacy.

Given the tumultuous nature of great power relations in the years that China had conducted itself in such fashion, Xi’s latest declaration should be a welcome change for many. Upon closer inspection, however, it raises questions as to whether this recalibration would actually provide reprieve from the simmering tensions in great power politics.

Regrettably, with all things considered, we should taper such expectations. More likely than not, Xi’s remarks will not mark a watershed in the progression of great power relations.

To change the soup, but not the medicine

Within the vast library of Chinese sayings is the expression ‘换汤不换药’ – to change the soup, but not the medicine – essentially referring to a change in form but not in substance. This is apt in illustrating China’s recently unveiled diplomatic thrust.

What has been peculiar is the inordinate attention that Western news media have paid to Xi’s address highlighting China’s focus on becoming ‘credible, lovable, and respectable’. Indeed, Xi’s comments may indicate a leadership that has come to terms with the negative impact of Wolf Warrior-ism which has led dented China’s international image to a certain extent.

Yet, part of his call to action also includes educating foreigners on ‘how the CPC can get things done, why Marxism works and why socialism with Chinese characteristics is good’, and to bolster such messaging with ‘more theoretical research surrounding China’s spirit, values and strength in political, economic, cultural, social and ecological domains’. Evidently, the narrative of Chinese exceptionalism – said to be the impetus for soaring nationalism that has extended into offensive rhetoric – will only be doubled down.

We should not hold our breath in expecting anything beyond a change in China’s diplomatic style; its substance remains otherwise intact.

The only difference now being that China may tame its chest-thumping approach and opt for more benign means to win over friends. Overall, the focus seems to have shifted from being on the defensive against external criticisms, to propagating itself and in convincing other states that China’s interests are aligned with their own.

China’s new approach indicates a desire to carve out a sphere of influence, thus exacerbating existing competition and contestation between U.S and China. In that way, the conditions of great power politics may deteriorate further.

It can also be argued that this charm offensive merely focuses on the developing world, as a Global Times article explicitly indicates. Admittedly then, China may still retain its confrontational approach towards the West. Thus, if China were really to ‘expand (its) circle of friends’, it has to resist the temptation of returning to its old ways in its overall diplomatic posture. Against this backdrop, China could find it challenging to uncouple from its ‘Wolf Warrior’ practices.

One has to look no further than recent developments for a sign of the pervasiveness of such narratives: European powers with their pivot towards the Indo Pacific, the growing intensity of cooperation within the Quad framework and planned defence buildups by Southeast Asian states. To be sure, not all measures have been designed with the sole intent of antagonizing China.

Nevertheless, it is clear that assessments of China’s hegemonic tendencies have found their way into long-term strategic postures taken by states around the world. Consequently, the ratcheting up of collective pressure on China, particularly from the West, is a trend that will be difficult to arrest. Outcomes from the recent G7 and NATO summits are clear examples of this.

China’s new ideal to be ‘credible, lovable and respectable’ may entail giving up on the combative diplomatic approach. It remains to be seen how China will balance between toning down and avoiding the impression that it has mellowed against international pushback. For instance, the muted response from Chinese officials regarding a visit by a U.S. congressional delegation to Taiwan (arriving on an American military aircraft, no less) early in June prompted Chinese nationalist to demand a stronger reaction.

Distrust of China is not limited to the circles of policy makers; it has also seeped into the impressions of the public. A 2020 Pew Research Centre poll indicated that unfavourable views of China are at an all-time high in advanced countries. China may therefore face difficulty in pushing across the desired narrative of itself.

It will be business as usual

Taking into account the unfavourable global political climate for China, the charm offensive to reverse its isolation will be a Herculean undertaking and perhaps achieve limited success in outreach. Under such circumstances, China may find it more expedient to stick to its Wolf Warrior ways, where at least it will still be able get some results.

More importantly, despite Xi’s explicit call for a change in diplomatic tone, we should not allow ourselves to be misguided – China still intents on standing its ground, albeit in a different fashion.

Ultimately, it will be business as usual for great power politics. 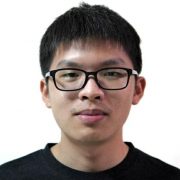 Tan Wei is a former intern with the S. Rajaratnam School of International Studies (RSIS), Nanyang Technological University, Singapore. The opinions expressed are his own.